Screen Porch Houses harken back to before a/c 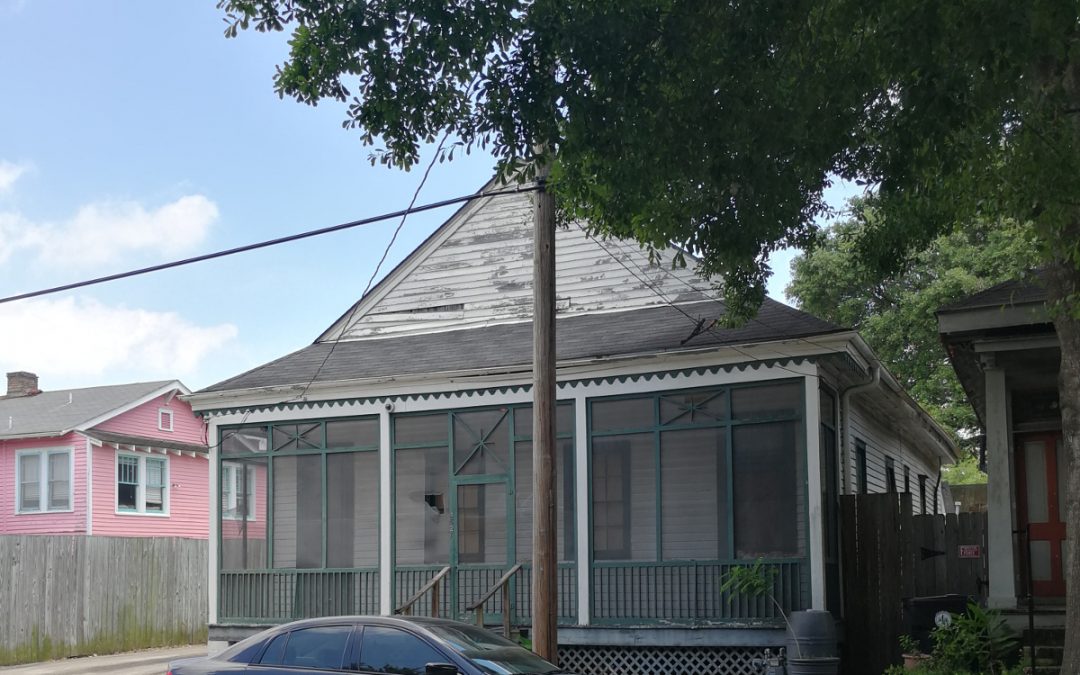 If you didn’t have air-condition or a lot of fans, you might have lived in screen porch houses growing up. House with a screen porch on Iberville Street in #NOLAMidCity

Before central air-conditioning became part of everyday home life, screen porch houses lined the blocks of New Orleans neighborhoods. Residents escaped the heat of summer by going outside. There were two problems with being directly outside, though. First, most folks avoided direct sunlight and sunburn. Second, the mosquitoes! So, homeowners screened in their front porches. Screens allowed the breeze in, but not the bugs. The offered protection from the sun. The wood floor gave the rocking chair a smooth surface.

Nothing to fans to a/c

It’s hard to remember a time before so many homes in New Orleans had air-conditioning. By 2011, 88% of homes in the United States were built with central a/c. Prior to the suburban expansions of the late 1960s/early 1970s, homes lacked a/c. While many were retro-fitted with wall units in bedrooms, living spaces often were not. Families believed you should go outside. Sit on the porch. Talk to the neighbors. Many a writer and literary critic supports the notion that central air conditioning dramatically changed the genre of “Southern Literature”, because people just didn’t socialize like they used to. They holed up inside and stayed cool.

There’s a lot of merit to this concept, In New Orleans, we sit outside for a few weeks in the Spring and the Fall. The rainy season (what the northern parts of the US call, “Winter”) just doesn’t accommodate outside activity. The humidity of the Summer and early Fall drain us.

Not everyone has a Spanish Colonial courtyard to retreat to on a hot day. Shotgun homes offer good airflow, but privacy concerns often outweigh the breeze running through the house. That leaves the backyard. Thing is, the backyard isolates the family from the neighborhood. Porch-sitting brings folks together.