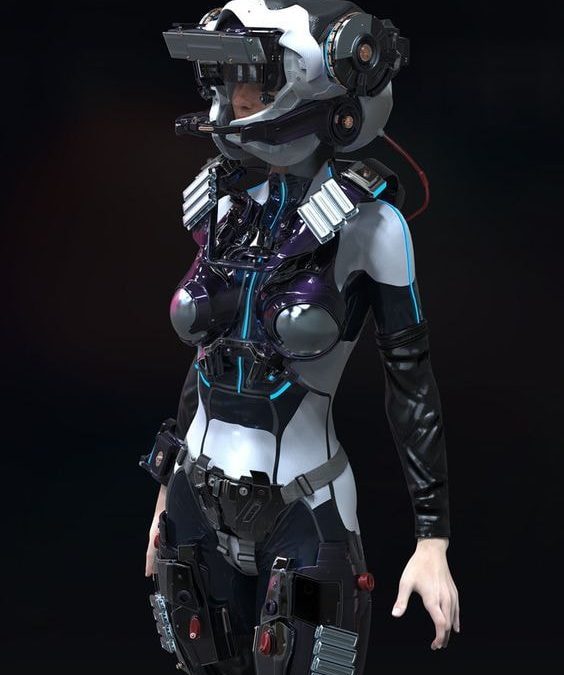 I came across an interesting piece on Teh Tumblrz last week. It’s called Valhallan Nebula. The source is, lightresist.tumblr.com. I’ve been interested in “practical armor” for a couple of years, after submitting a story on the subject to an anthology. The story didn’t get accepted, but my interest in the concept didn’t diminish.

“Bikini Armor” vs the practical sort

One of the most-used forms of “fan service” in fantasy fiction is “bikini armor”. Basically, put a woman in a bikini that’s plated with metal. Yes, if you poke a spear at her breasts or crotch, the metal protects those areas. Why bother, though? Just poke the spear at her thigh, let her bleed out from the femoral artery.

Of course, it’s about fan service. Nobody expects that woman to go into battle. She magically avoids thigh-poking when she does. She exists as an object of desire.

Women wore dresses in medieval times. They rarely wore pants, much less any sort of protective clothing. Expectations were different for them. Men fought, women maintained the household/homestead. Yes, there were exceptions, such as Joan of Arc. Remember what happened to her, though? So, the concept is problematic. Not much out there to go on.

Problematic doesn’t mean impossible, though. So, thinking through women taking up arms, protecting themselves like the men do, is interesting. Women fight well. They train hard. They prove themselves in modern forces daily. Given the opportunity in medieval times, they would have done the same. So, let’s consider that. Women want protection from battlefield threats. In modern times, that means flak jackets, helmets, good boots. Armies adapt equipment to support women. Suits of armor could have fit women, too.

Future armor will fit women. So, why do artists insist on fan service? In this piece, the woman’s breasts don’t have to be advertised as they are. The entire chest area should be dark, non-reflective, and protective.

I’m releasing that story I wrote for the anthology as Patreon content. Got a dollar a month? Sign up and enjoy!