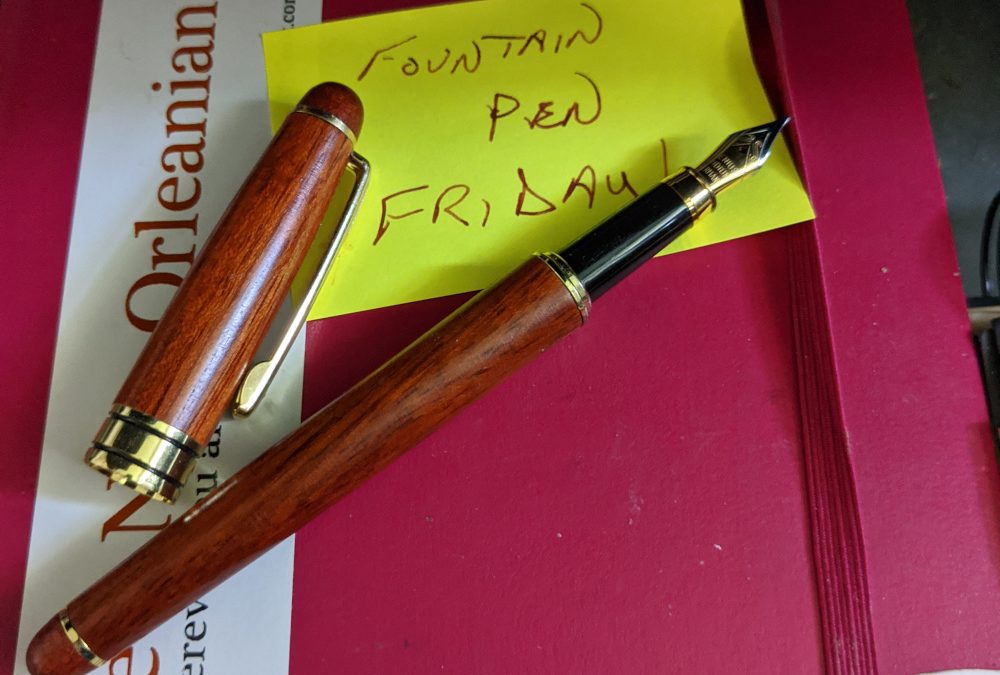 An inexpensive Rosewood BMHS pen kicks off our #FountainPenFriday series 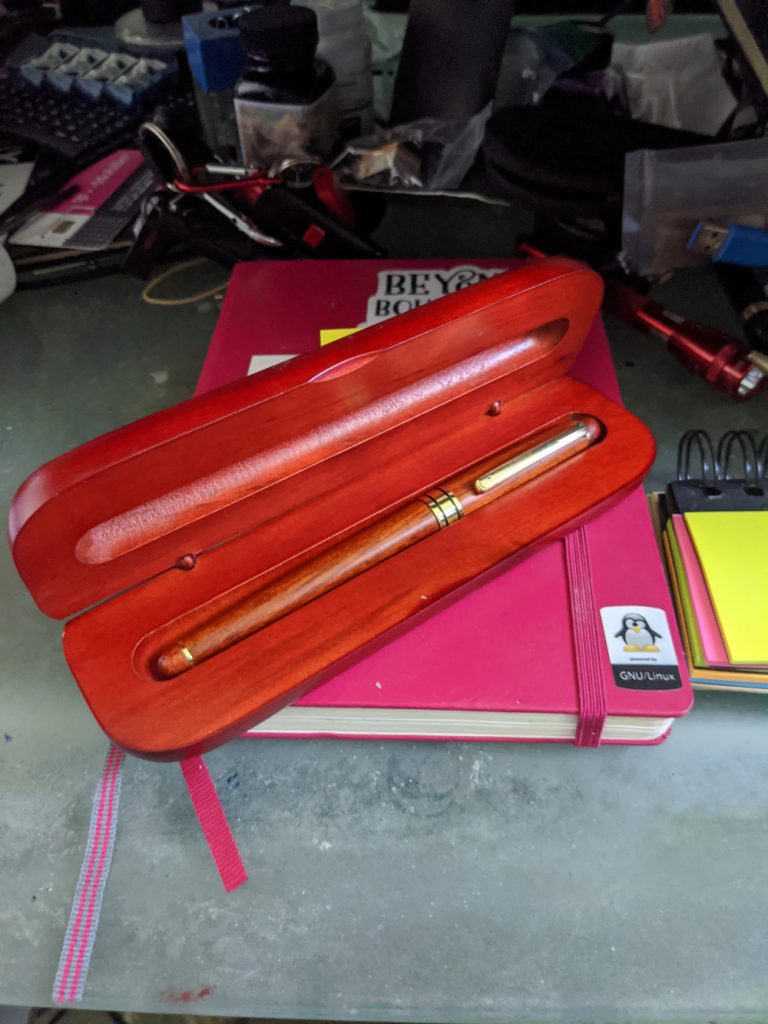 Every year, Brother Martin High School hosts their “Extravaganza,” an evening of food, drink, music, and dancing, wrapped around a huge silent auction. Prior to the Extravaganza itself, the school holds a “patron party” a couple of hours before the main event. Since this party was a gig for the Crusader Jazz Band, we paid up. We didn’t want to miss our now-26yo kiddo (class of 2012) playing a band gig! Because patron party attendees put up extra for more food, more drink, and the Jazz Band, they receive a party favor. It’s usually some sort of branded memento. A few years ago, that memento was a small desk set, with a rosewood pen and letter opener. Both items were laser-carved with the school’s shield and name. Somewhere along the line, my firstborn (class of 2006) swiped the rosewood BMHS pen that came with the set. One Fall, I mentioned the theft to the family. Wife went out on Amazon and bought me a rosewood fountain pen to once again complete the set.

I’ve been in love with fountain pens since my University of New Orleans days. I was pen-less one day, right before a test. So, I went to the UNO Bookstore to pick up an inexpensive pen. I chose a plastic UNO-branded Paper-Mate pen. It was on sale, and when I got to class, I discovered why. It was a fountain pen! While that wasn’t exactly what I wanted, it worked. I hung on to that pen for twenty-five years, losing it in the aftermath of Hurricane Katrina.

When I began traveling extensively, delivering computer training in different cities, I didn’t want to bring an expensive pen with me. So, I bought cheap fountain pens like that UNO pen. Lose one? I’ll survive. Over time, I upgraded a bit, opting for heaver pens of better quality. As eBay grew in popularity, I discovered it was easy to buy cheap, serviceable pens.

I keep the rosewood pen here on my desk at home. Since it was a gift, I’d hate to lose it.