Maurice at Melba’s this Saturday @mauriceruffin 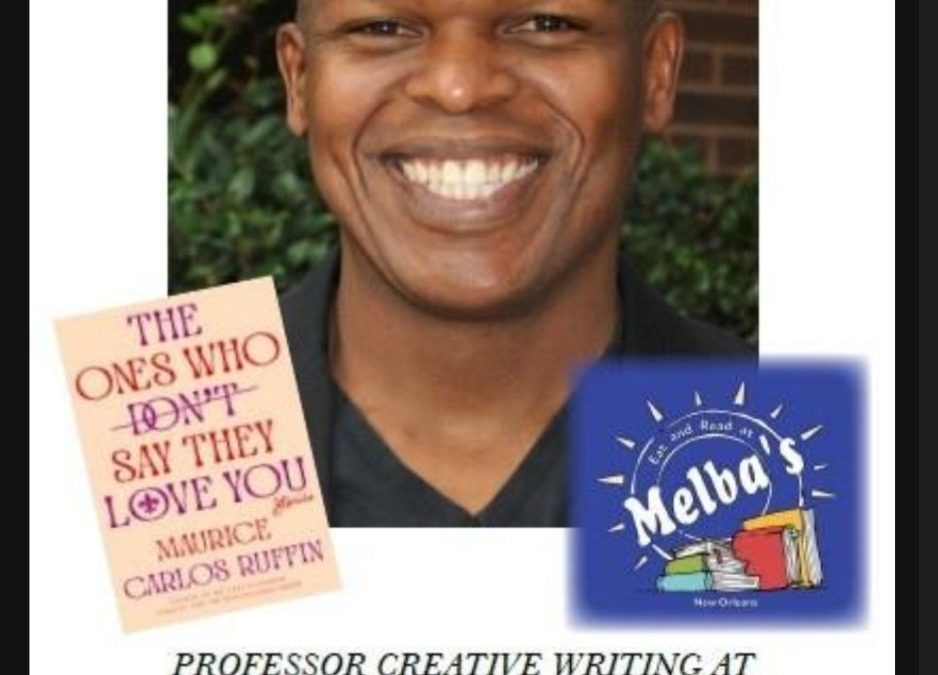 This Saturday, November 6th, Author/Professor Maurice Carlos Ruffin will be at Melba’s Po-Boys, 1525 Elysian Fields Avenue, in Gentilly, meeting folks and giving away his latest book, The Ones Who Don’t Say They Love You. He’ll be there from 12pm-1pm. If you haven’t met Maurice, you’re in for a treat.

The current incarnation of Melba’s has little to connection to the original, other than the name. While this Melba’s is a po-boy place, the original Melba’s was an ice cream place on Franklin Avenue, a couple of blocks on the lake side of Claiborne. It was right near where Franklin and Almonaster came together. Forgive my memory on this. I first learned about Melba’s in the summer of 1973. The Brother Martin High Debate Team got together once a week or so, that July and August. We had some guys who were good at both Debate and the various individual Speech events. So, we worked on a bunch of different things, ranging from research on the national debate topic to practicing Extemporaneous Speaking.

I was a rising sophomore at the time. Debate broke out into two levels of competition, Junior Division for 9th and 10th grades, Senior Division for 11th and 12th. The team nurtured a culture of helping out the new guys. I made the most of that.

Oh yeah, Melba’s. It wasn’t like we could go out for beers after practice, but ice cream was just fine. We all lived in different parts of the city, but we deferred to the choices made by the seniors. A ride down Elysian Fields, then over to Franklin wasn’t all that complicated. Melba’s hit the spot. For a white kid who lived in Metairie, going down to the Ninth Ward was significant. So many kids from the suburbs don’t get out much. Going to school in Gentilly offered opportunities to understand what New Orleans was all about.

Anyway, come out and see Maurice. It’ll be fun.