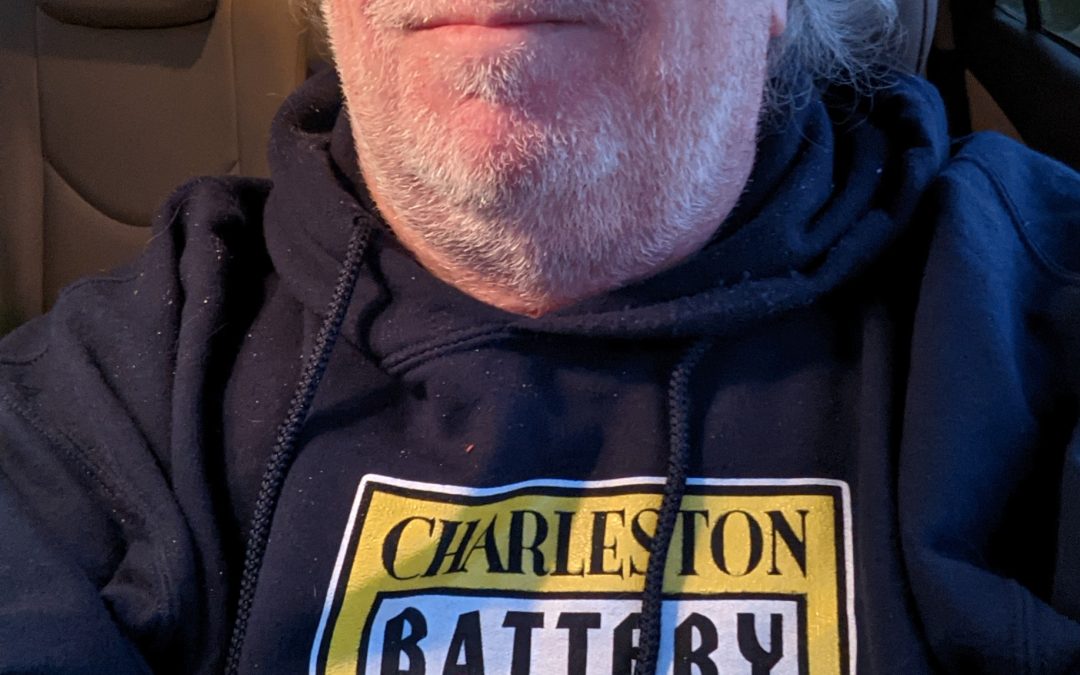 My Charleston Battery hoodie sends a message when I’m traveling. Formed in 1993, the Battery were one of the original teams in the A-League. They came to town back in the late 1990s, to play the New Orleans Riverboat Gamblers/New Orleans Storm. My firstborn played youth soccer out at Lafreniere Park in those days. We went to Gamblers games at Tad Gormley Stadium, had a blast. One game, the PA announcer made a call for ball boys/girls. My boy ran down, and he did it regularly, from there on out.

After the aforementioned Firstborn was commissioned as a naval officer, his first school assignment was Nuclear Power School in Charleston. I asked him to bring me back something from the Battery that I could wear when traveling, particularly on trips to Europe. He brought me back this hoodie.

My day gig, corporate computer training, meant a lot of travel for me. Both EMC and Hitachi offered opportunities for international travel. Hitachi’s European Education Center was located in the Netherlands. I traveled there, as well as other places in Europe for them. Unless I taught in the UK, I usually entered the EU in Amsterdam. So, most of the stereotypes of Americans traveling in Europe are pretty much accurate. I fought against that as best I could. Soccer presented a way to show I wasn’t the typical American. I wore soccer kit from my favorite sides as I passed through Dutch passport control. Arsenal was always the best.

“Good morning!” as I hand over my passport.

Football kit is a shibboleth. It’s a silent statement.

One must be careful, though, when wearing football kit in Europe. England is the most problematic. For example, there’s a Premier Inn located in Chelsea, not far from the Earl’s Court tube station. You don’t want to be in Arsenal kit on match day around Earl’s Court, as the Chelsea Football Club faithful make their way to The Bridge.

So, the solution? Wear football gear that’s from the US. US National Team kit is usually safe, except when they’re playing England. The best choice? lower-league gear from American clubs. I have New Orleans Jesters gear, but the home town club doesn’t sell sweatshirts. That’s where my Charleston Battery hoodie comes in. The hoodie offers openings for conversation in a pub. I proclaim my Yank-ness (as if my accent and dress didn’t!) For the most part, Brits don’t mind Americans, so long as we show them some respect. La Joga Bonita sets out common ground.