Putting the phone down 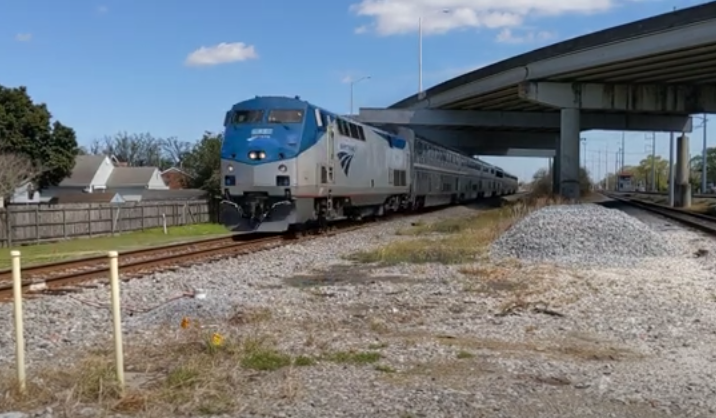 Putting the phone down to see the world can be a challenge.

Putting the phone down

I like watching trains. I try to record the Amtrak trains that pass through New Orleans. Social media users enjoy the recordings. So, yesterday, I drove over to Central Avenue in Old Jefferson. Central Avenue is a railroad nexus. The East Bridge Junction switch tower stands a few hundred meters from the street. The tracks heading up to the Huey P. Long Bridge cross Central, as do the tracks of the New Orleans Public Belt RR. The main line for the Canadian National Railroad (formerly the Illinois Central) pass here. That’s the tracks the City of New Orleans trains use. So, there’s a lot of train action here.

Trains lured me Central Avenue as early as the late 1980s. I listened to a radio preacher in the afternoons. Watching the trains provided purpose beyond a guilty pleasure. Trains offer great photo opportunities. My Nikon EM captured the action nicely. Slow moving freights, the City zooming out of town, and the Sunset Limited presented photo challenges. To this day, I am a rank amateur, always learning.

The two City of New Orleans trains pass each other daily, just past Kenner. I recorded #58, the northbound train. That’s the video above. A couple of freight trains passed by, one going up the Huey, another heading into the riverfront area. Parking under the Earhart Expressway enables me to move up and down Central Avenue safely. The trains present colorful targets, the silver-blue for Amtrak, red, black, and yellow of Kansas City Southern, and the bright blue of the Public Belt.

When City #59 (Southbound) passed, I watched it with my eyes. The City lacks the “special car” appeal of the Crescent or Sunset Limited. It runs up to Chicago and back. The route rolls along, it’s not scenic like winding up the east coast or out through the western deserts. So, groups chartering private railcars choose other routes. Not so yesterday, as an 11-bedroom Pullman sleeper and a Vistadome car brought up the rear of #59. Charter Wire owns the cars.

The train rolled by. I didn’t record it. The City rolls by fast. To get photos/video of the back, you have to start as soon as you hear the bells of the crossing gate. I didn’t. I let it go, with those green-livery private cars going by.

Is that such a bad thing? I’ve got the memories.

Looking through the viewfinder

I get that the professionals see the world through their cameras. Chris Granger wouldn’t be the wizard he is without taking photos of literally everything. I’m a writer. The memory sticks. Now, I have a visual in my head of private cars going up to Chicago. I can write about that. I’ll show you those cars in a story.